Bureaucracy is a form of governance that enables a group of elected officials to make the most important decisions. Administration requires workers to be regulated equally. Bureaucracy has its advantages and disadvantages in relation to this. At the moment, bureaucracy’s functions have become a common topic of debate with various hypotheses that have grown into five an insight into bureaucracy.

Bureaucracy defines the ranks from the highest level of the hierarchy to the lowest. Documentation documentation is an important basis for learning in the bureaucratic process. The government runs on the bureaucratic system in which elected officials make the most important decisions as the ones specialized in dealing with the tasks presented, who will implement the policies. 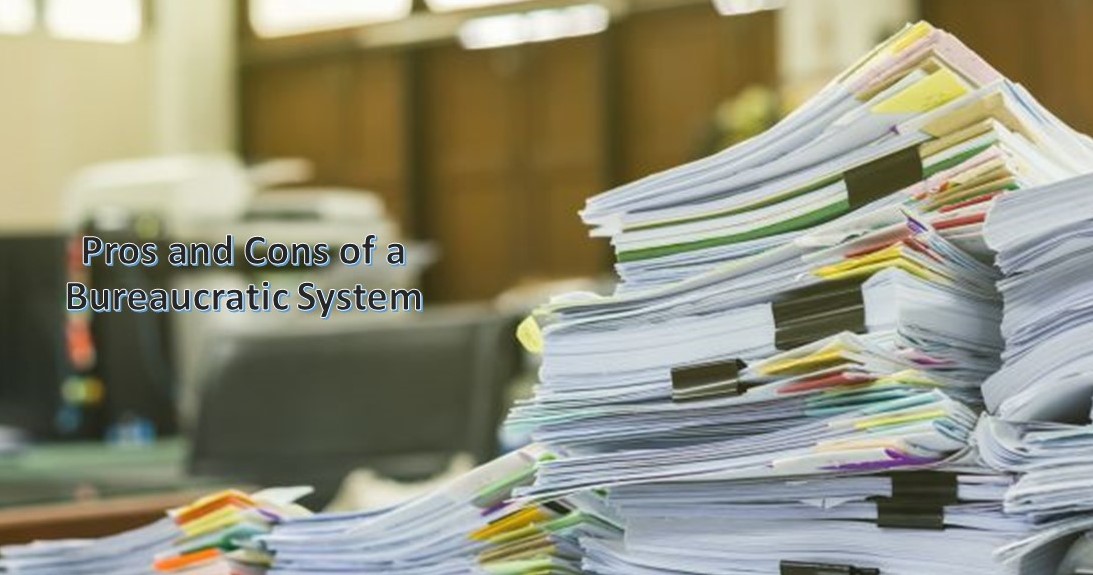 The people in leadership are generally not the people selected or appointed by the public for government, but rather delegated responsibility on the basis of their qualifications. Additionally, their day-to-day quality is measured when they report to their immediate boss, hence no prejudice opinions unlike in an anti-bureaucratic system where members can position their relatives in any unit that is demanded.

Different viewpoints have resulted with reference to bureaucracy. Like any major institutional transition, there are supportive perspectives and opposing viewpoints. Other findings argue that the disadvantages of bureaucracy outweigh the advantages others point that the vice-versa is true. Discussed in this paper are the characteristics, roles, pros, and cons of a bureaucratic system.

Specialization in bureaucracy considers the assigning of responsibilities to highly specialized individuals. Each has a specific role to play in the organization. The hierarchy of offices – indicates that bureaucracies rank individuals in a vertical manner, power flow down from the top of the hierarchy. On the other hand, rules and regulations govern a bureaucracy. These rules and regulations set up a clear guideline the expected commitment from each employee. In terms of impersonality, bureaucracy puts both clients and employees on the same level of treatment. Being impersonal, ensures lack of favoritism.  Responsibly, through the application of technical competence as officials in bureaucracies should be capable of handling their duties effectively. In a bureaucratic organization only hire new employees who meet the required standards and their monitored hence no room for incompetence. Finally, bureaucracy considers formal and written communication form of written reports and memos as part of record keeping. Coincidentally, the official communication helps employees to be on the same page across all units.

Roles of Bureaucracy to a Particular Organization

Bureaucracy implements the policies set by elected officials. The policies set by elected representatives in an organization and implemented by the people in charge of different tasks hence achieved in the end.  Bureaucracy provides for administrative functions in the government such as issuing of permits and licenses that enable an organization to run its day to day operations. It also regulates some of the government operations. In addition, it enables the government to set down the rules and regulations carried out by the company on a daily basis of their operations.

Bureaucratic alienation promotes the feeling of powerlessness that occurs when an employee is assigned the same task repeatedly. Max Weber described bureaucracy as a model of productivity. Weber also pointed out that although a bureaucratic organization is supposed to be of benefit to humanity, people might end up serving the organizations. In cases such as the 2005 hurricane coincidence, bureaucratic inefficiency reveals that while citizens counted their losses after Hurricane Katrina, their government was accused of failing to respond effectively because of bureaucratic inefficiency. Lastly, formal or written communication can result in a lack of communication between two divisions. One unit can undo what another has done. If the employees don’t get to read and understand the paperwork, they cannot be on the same

page. In terms of keeping employees motivated, bureaucracy is associated with boredom at the working environment where employees perform the same tasks everyday resulting to demotivated employees.

With a large number of officials, the bureaucratic systems is regarded an active boundary system where job descriptions are more detailed hence employees know their corresponding responsibilities. Moreover, bureaucracy operates like a machine with each of the parts working independently but supporting each other at the same time thus organization is an essential requirements and defining element. Finally, bureaucracy makes use of economies of scale to cumulate profits or to limit spending. In terms of workforce, the employees under bureaucracies are efficient proficient in their jobs because of performing specific tasks repeatedly. The interaction between management and the workforce is formal and written such that there is always proof and records that are used as references materials on every party’s obligations and responsibilities.

An organization can be dysfunctional when following the bureaucratic way of operations because of too much monotony in its daily operations. The monotony of performing the same tasks every day can be tiring and demotivating to the employees hence leading to resignations and dismissal. Given that a bureaucracy needs the efficiency of specialized employees, it might be difficult for an organization to get the same level of output with newly recruited employees.

Pros and Cons of Fast Food

The Pros and Cons of Witnessed Resuscitation

Tax policy effects on company startup and/or economic growth, and post one paragraph on the relationship between economic concepts covered in Chapter two

World is flat: Reflection on video presentation of Thomas Friedman

AN OCCURRENCE AT OWL CREEK BRIDGE- 1

Powered by TopAcademicTutors
© Copyright 2020, All Rights Reserved
Need Homework Help ?
Get your essay written starting at just $10.00 a page
The professional essay writing service for students who can\\\'t  even.
The team typically replies in a few minutes.
Carley Barry
Sales Representative